Leadership in the Transformation of Asia: Opportunities and Challenges 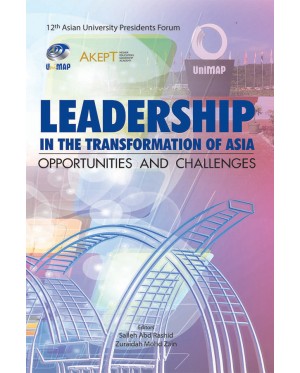 The 12th Asian University Presidents Forum (AUPF), organized by Universiti Malaysia Perlis (UniMAP) and the Malaysian Higher Educational Leadership Academy (AKEPT) was held in October 2013 in Malaysia. So as to ensure the continuity of discussion items from previous AUPF forums, the themes and sub-themes of the AUPF meetings over the last decade were examined. Malaysia’s success story has been predominantly attributed to Tun Mahathir, and hence it would be most fitting that he would speak in this event. In total, there were 12 papers, presented by 12 speakers from around the globe. Intellectual discussions aside, there were also supplementary pursuits during the Forum, which aimed to provide guests the platform upon which further networking, deeper friendship, and profound camaraderie could be fostered.